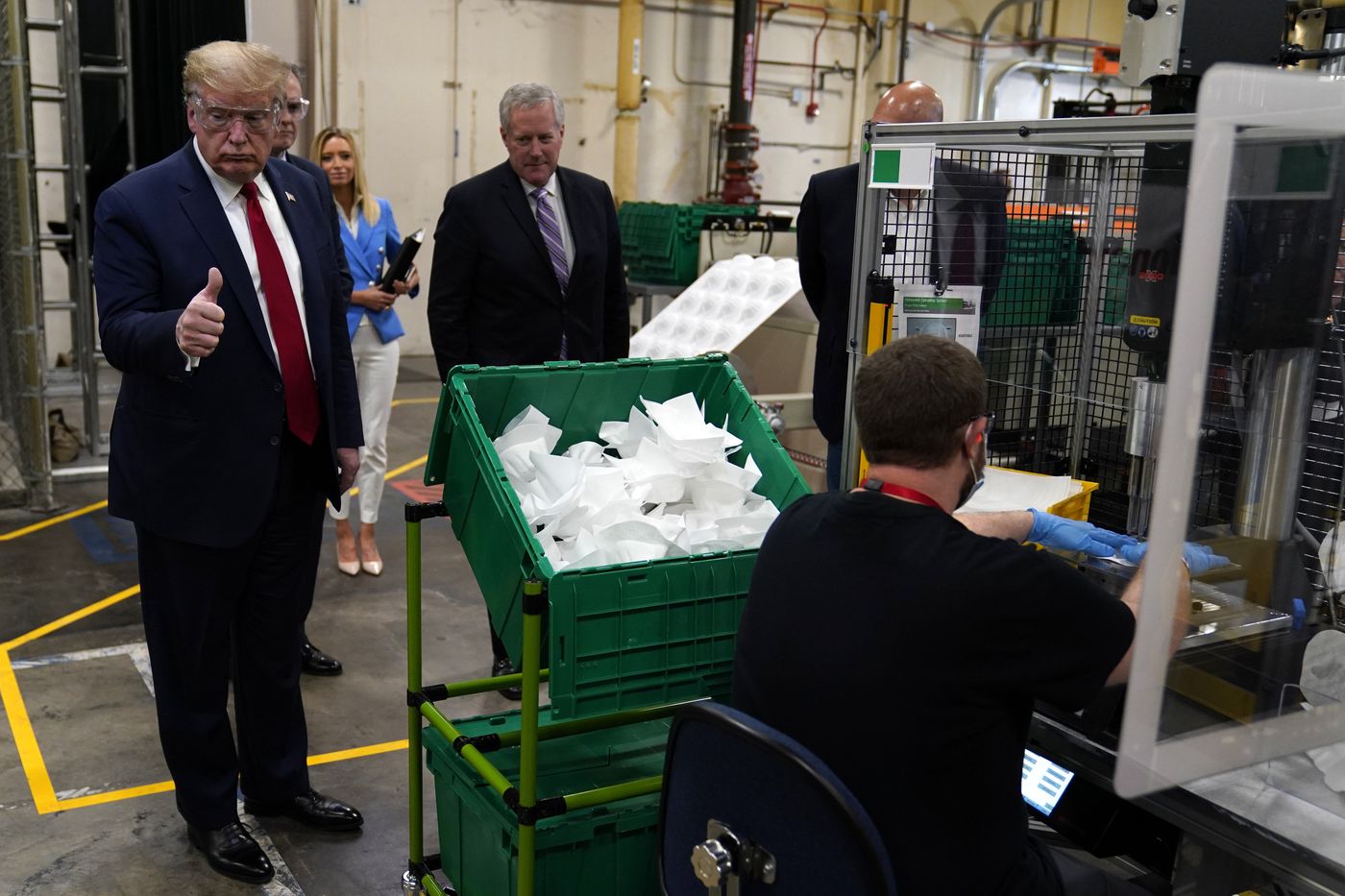 Trump didn’t take any precautions as mandated amid Coronavirus. While visiting the Honeywell mask factory in Phoenix, he himself forgot to wear any. The factory has started the production of N95 masks in million quantity for the federal government.

Other officials along with President Trump were also seen not wearing masks. Though both the president and the other officials do wear the safety glasses.

At the beginning of the tour of the factory, there was a sign saying “Face Masks are required in this area”. All the factory workers and officials all were seen wearing masks except Mr.president and his officials.

President is very optimistic regarding the recovering of the states after this pandemic is over. He has also strategized Exhibit-A for the re-opening of the states. He is in full support of re-opening the nation and of Native Americans who are unemployed amid this Pandemic.

In a hope of winning the November election, President Trump visited the Honeywell mask factory. Where he and his officials seen with no masks. The facility is made in action in less than 5 weeks as there was a shortage of N95 masks. When Mr. President was asked about the vaccine and whether he would take it or not? He replied that he might take it or not, whatever will be best for the states he will do it.

The trip was not just a coincident, it was a well planned political trip. In 2016 President Trump won from Arizona against the democratic nominee Hillary Clinton. But in 2020, it is preassumed that President is trailing behind in Southwestern states from the Democratic Nominee and former Vice President Joe Biden.